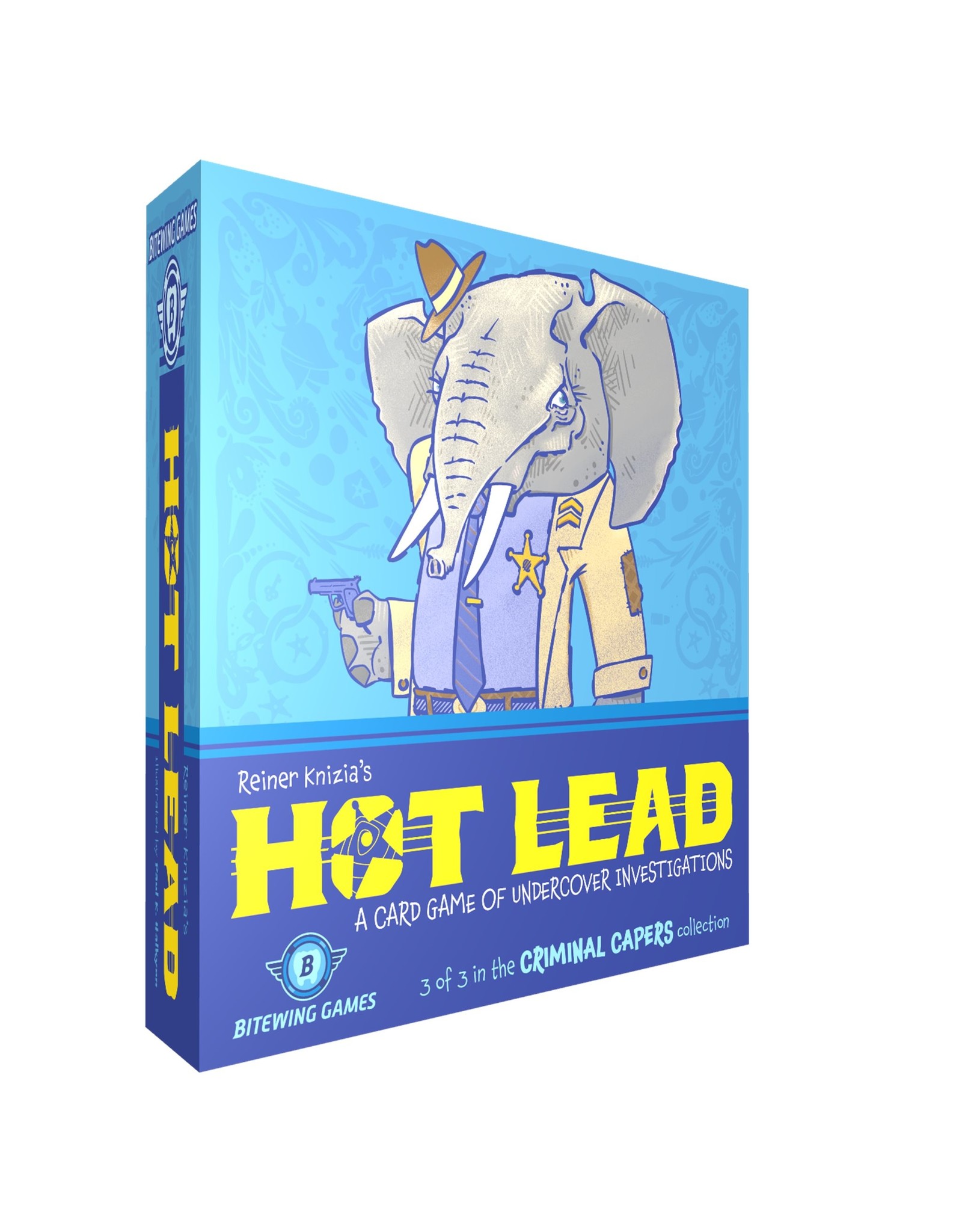 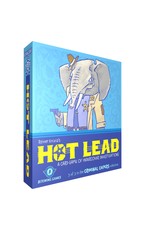 Lead the undercover investigation against five criminal groups to gather enough evidence to convict them. However, if you investigate too aggressively, the criminals will smell a rat and go dark!

In each round of Hot Lead, criminal cards are displayed in a column equal to the number of players. Players then make their bid by simultaneously revealing an investigator card from their hand. The highest investigator bid takes the criminal card closest to the deck, the second highest takes the second closest, and so on. These cards are worth points equal to their face value (0-5).

Gather enough evidence on one criminal organization to convict them when the game concludes after ten rounds; in game terms, by having exactly three of a suit, you earn 10 bonus points. Ten bonus points are also awarded to those who acquire criminal cards of all five suits. If you investigate too aggressively and grab the fourth card of a suit, those criminals will sense a rat and you'll scare them underground, thereby losing all of those cards. The player with the most points at the end of the game wins.