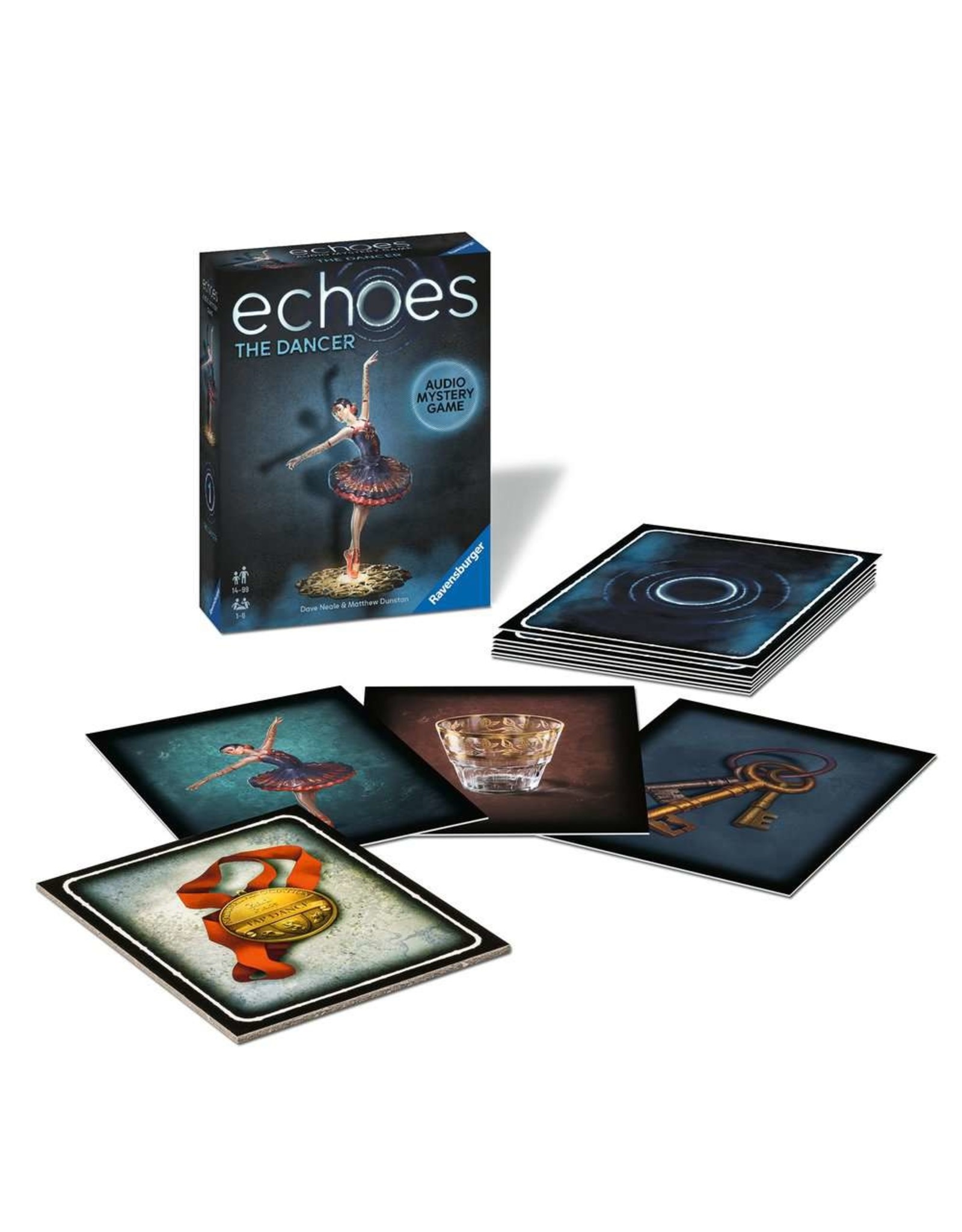 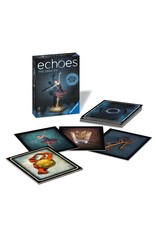 The ghost of a young girl is haunting a Scottish manor, and the echoes of the past hide the secret of her death. See whether you can unravel this secret in echoes: Die Tänzerin.

echoes is a co-operative audio mystery game. Using the free app, players listen to mysterious noises and voices that are connected to the playing material. Together they look for hints in the sound bites to bring the story parts in order and solve the case.

In more detail, your task is to assemble the 24 parts of the story in the right order; each part is represented by an object — either a game board or a card — and its associated echo. The entire story is divided into six chapters, with each chapter being represented by a game board. By scanning the objects with the app, you'll hear the echo connected with each object, and by using conversations and noises in the echo, you try to figure out which three object cards are associated with a chapter and in which order they should be placed. If you're not correct, the app will inform you which cards are incorrect or in the wrong place; if you are correct, you can listen to the entire chapter all at once — and you should since new, additional hints can then be heard.

The objects themselves also provide you with clues from time to time, so neglect no details.