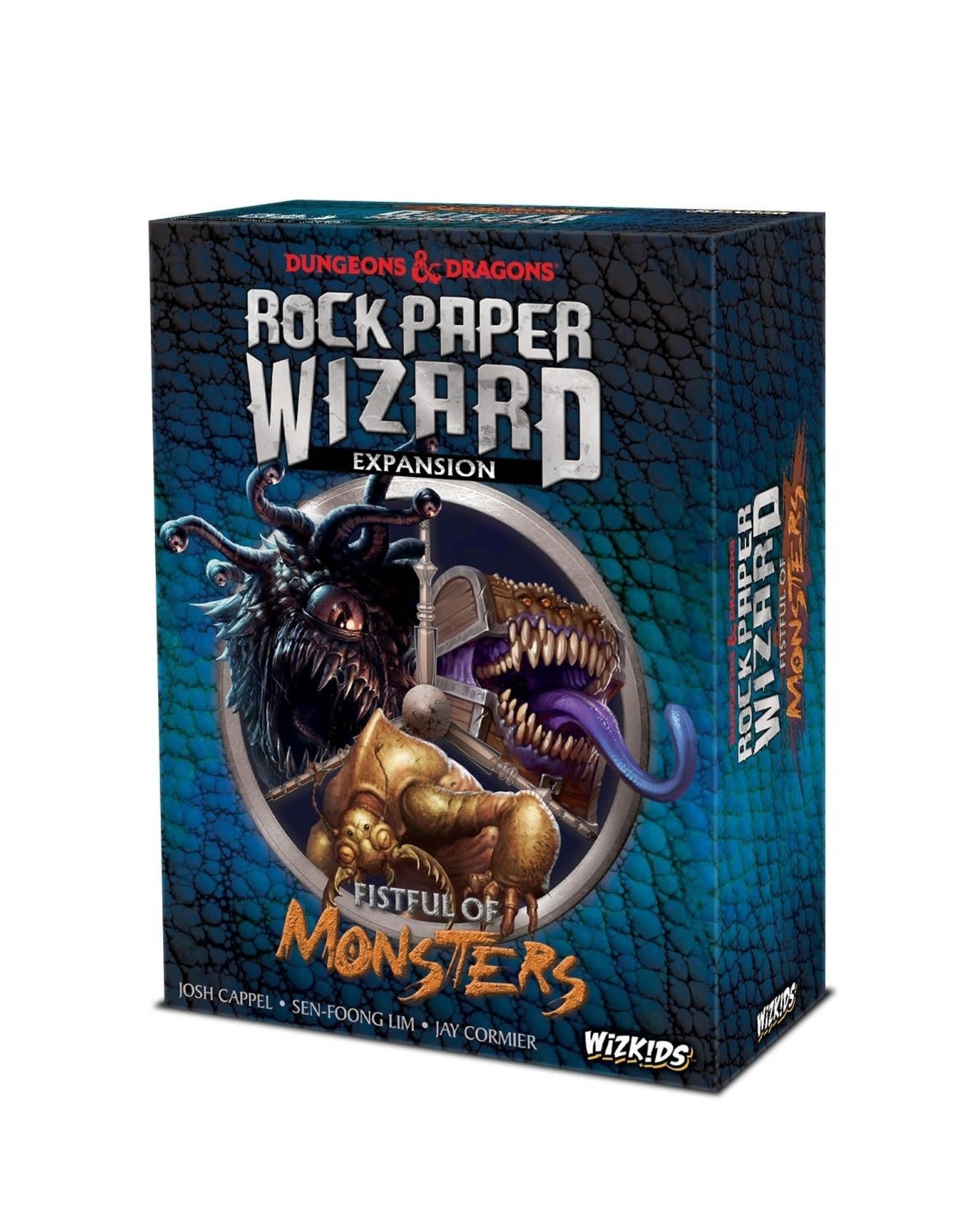 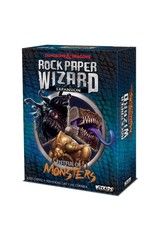 Encounter all your favorite classic D&D creatures, such as mimics, umber hulks, and beholders, in Rock Paper Wizard – Fistful of Monsters.

In this expansion for Rock Paper Wizard, a new threat has entered the mix: the wandering monster. Each wandering monster has its own unique ability that's capable of forcing a wizard to move around the board, lose gold, or even take an injury token.

Wizards aren't totally defenseless, however. A stack of magical items, such as a Ring of Spell Storing and Wand of Fireballs, is located at the entrance to the cave. Use these in combination with spells to avoid the wandering monster and move into a scoring position while gaining the fewest injury tokens. If you don't, you're going to have the pay the cleric a sack of gold to heal you!

Fistful of Monsters has a deeper box than the base game, which is required for play, so that you can store everything in one box.