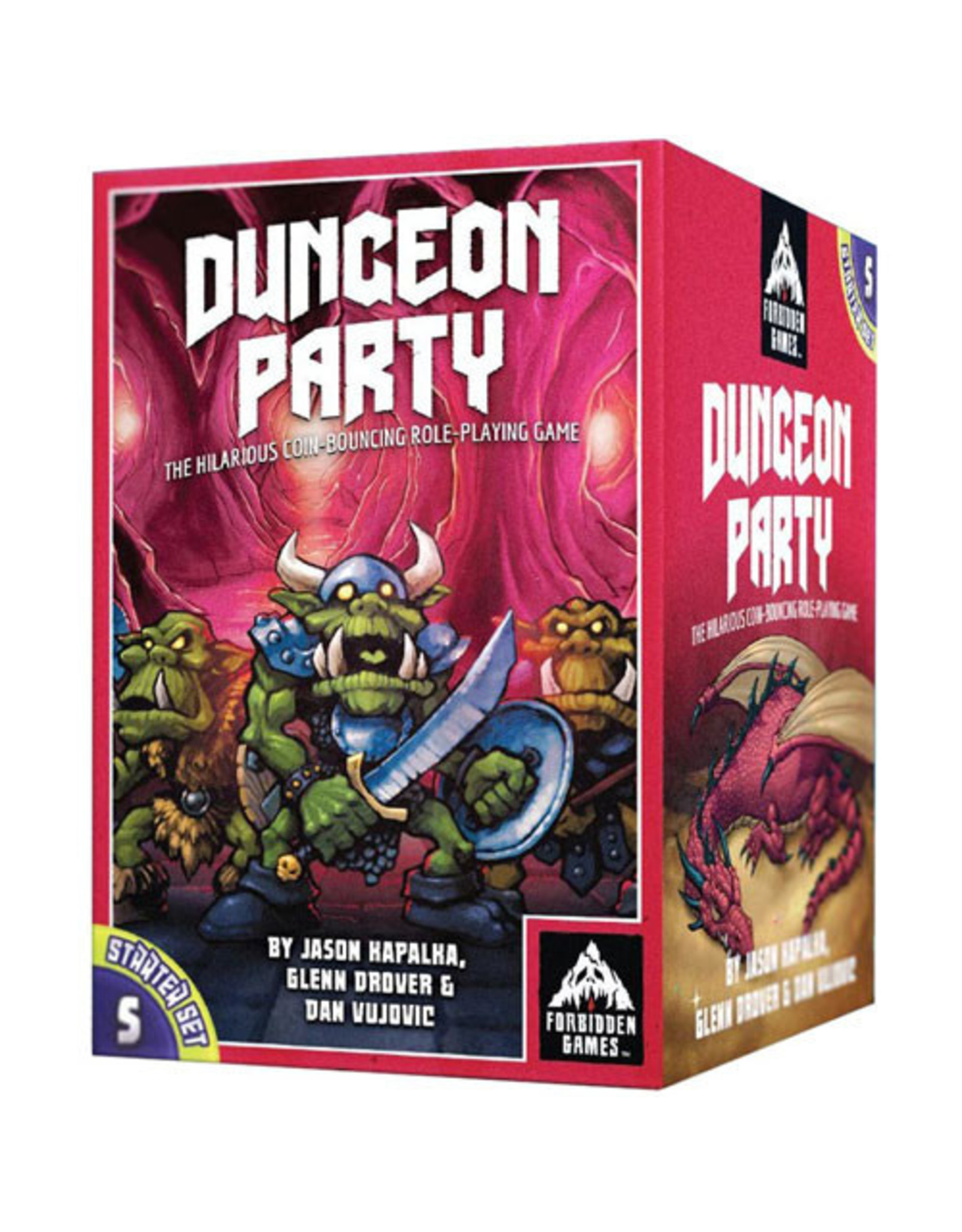 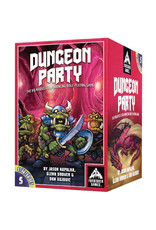 Dungeon Party is a quick-play fantasy role-playing game played with coasters and a coin.

Dungeon Party is easy to learn, playable in a short time (or extended if that is desirable), has all of the aspects of a classic RPG adventure, and is playable in a bar, restaurant, or at home. The combat mechanism is fun and adds an element of luck and skill without much complexity. The game system is infinitely expandable.

Players will assemble a "dungeon" by creating a stack of coasters that includes rooms, monsters, and treasures. They then adventure through the dungeon by turning over tiles, battling the rooms, defeating the monsters, and looting the treasure. Along the way, they may pick up magical treasures or spells that can help them in their quest. If they survive the dungeon, the player with the most treasure points wins. If they do not, the dungeon wins. But either way, there will be laughs and maybe even a drink or two!

Battles are resolved by players trying to drop quarters on coasters. If they miss, players take hit damage. If they land on the coaster, the monsters take damage. Battles continue until either monster or player is eliminated.