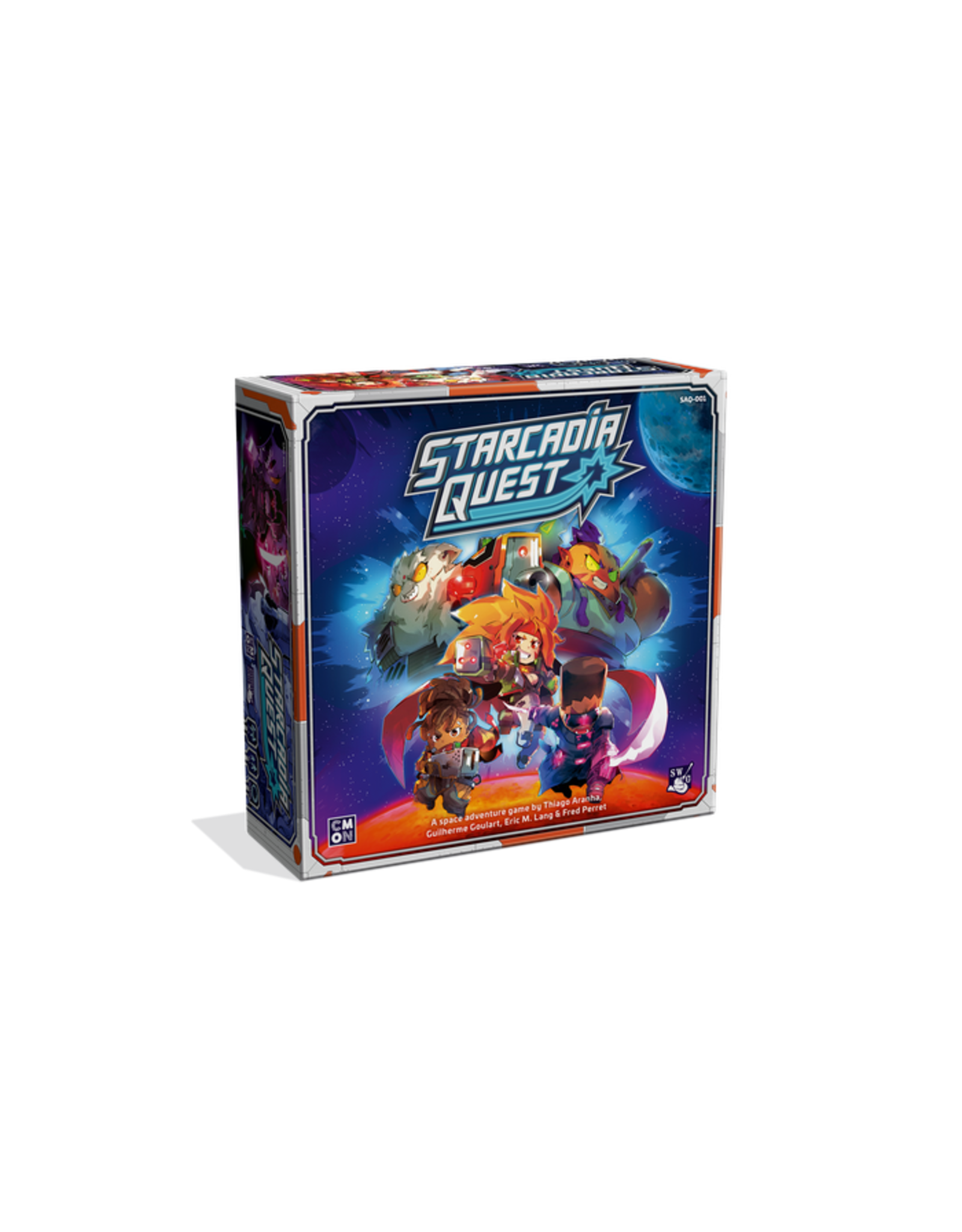 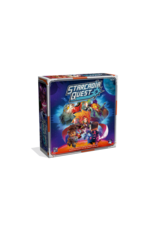 Starcadia Quest is a new standalone campaign game for 2 to 4 players. The dastardly Supreme Commander Thorne is looking to control the galaxy (at least a good portion of it) and each player leads a crew of two heroes flying through space on a quest to defeat him. While they share the same goal, the different crews are not exactly in league with one another. They will compete as much with each other as they do with Thorne and his army.