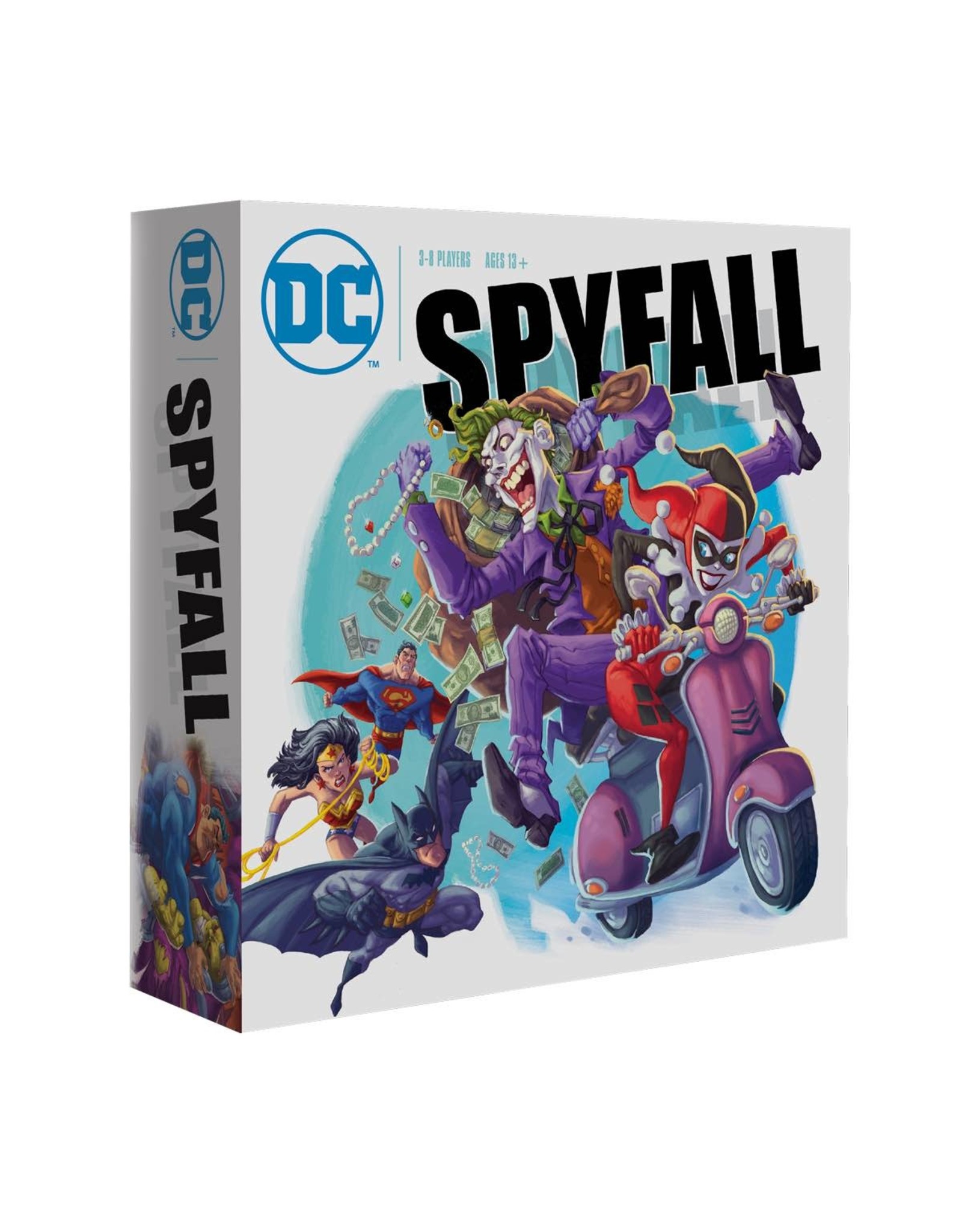 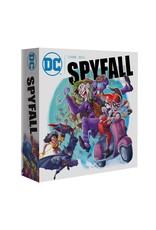 Based on the social party game Spyfall, DC Spyfall is an easy-to-learn party game that features bluffing, suspicion, probing questions, and clever answers. At the start of each round, players receive a secret card informing them of the group's location — one of twenty unique DC locations, including Arkham Asylum, the Daily Planet, the Hall of Justice, and S.T.A.R. Labs — except for one player who receives the Joker card instead. The Joker doesn't know where he is, but if he can figure out his location before his cover is blown, he wins the round!

DC Spyfall includes a few twists on the Spyfall formula. Since Harley Quinn usually follows wherever the Joker goes, each round, one player may receive a location card with a Harley image; if they do, they try to feed the Joker player information about the location, even if they don't know that player’s identity! If the Joker player guesses the location, the two collaborators each score points — unless the superheroes can turn the tables on them and determine who Harley is.

The game includes two multiverse decks that contain eight different locations instead of only one, so players will be confused with some of the questions and answers. Keep in mind that no one at the table knows whether or not they are playing with a multiverse deck. An all-Joker deck gives each player a Joker card, which means that all questions and answers will be based on nothing more than whatever players collectively believe. As with the multiverse decks, you won't know you're playing with this deck until someone figures it out.

Super power cards can give a player an ability for a round, such as being able to dodge a question, or require a player to modify their behavior; for example, Super Speed forces a player to answer a question in three words or less.