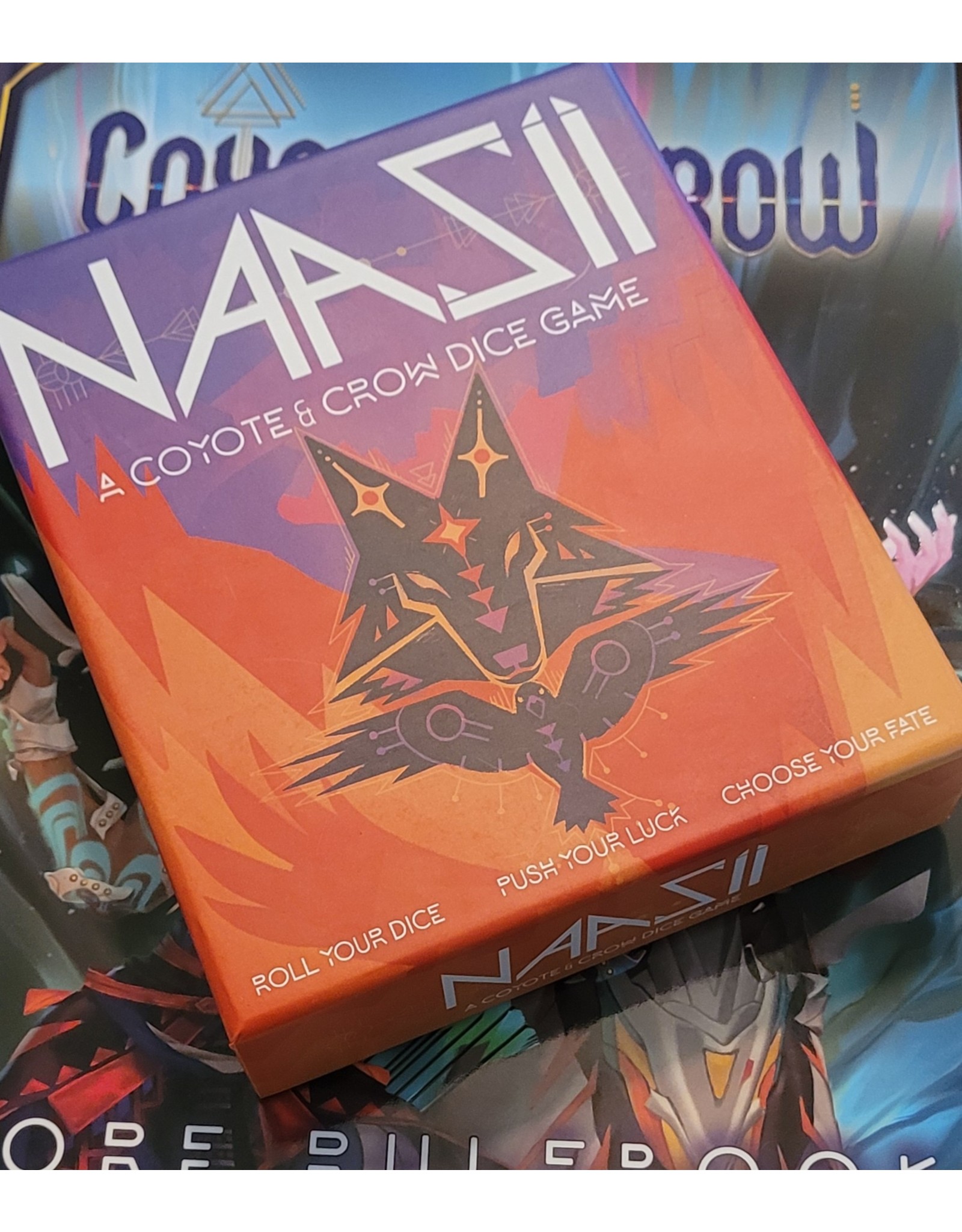 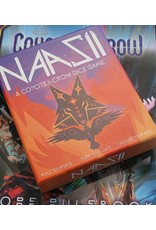 Naasii is a push-your-luck style game of chance. Inspired by traditional Indigenous games and classic American family games. You'll roll twelve-sided dice aiming to score sets or runs while not busting along the way. Highest score wins, but it's not all luck. You'll need to decide which numbers to pursue and when you've scored enough to keep ahead of the other players. You'll even be able to pick a lucky number that will get you a few extra points on other players' turns!

Designed by Connor Alexander (Cherokee Nation, creator of Coyote & Crow) with art from Wolf Tomoyaketu (Comanche and Apache) and development by Daryl Andrews, Naasii brings the mischievous spirt of both Coyote and Crow to life in this fast paced, high-spirited game for the whole family.

In addition, the dice in the game can serve as a full recommended playset of dice for the Coyote & Crow roleplaying game.