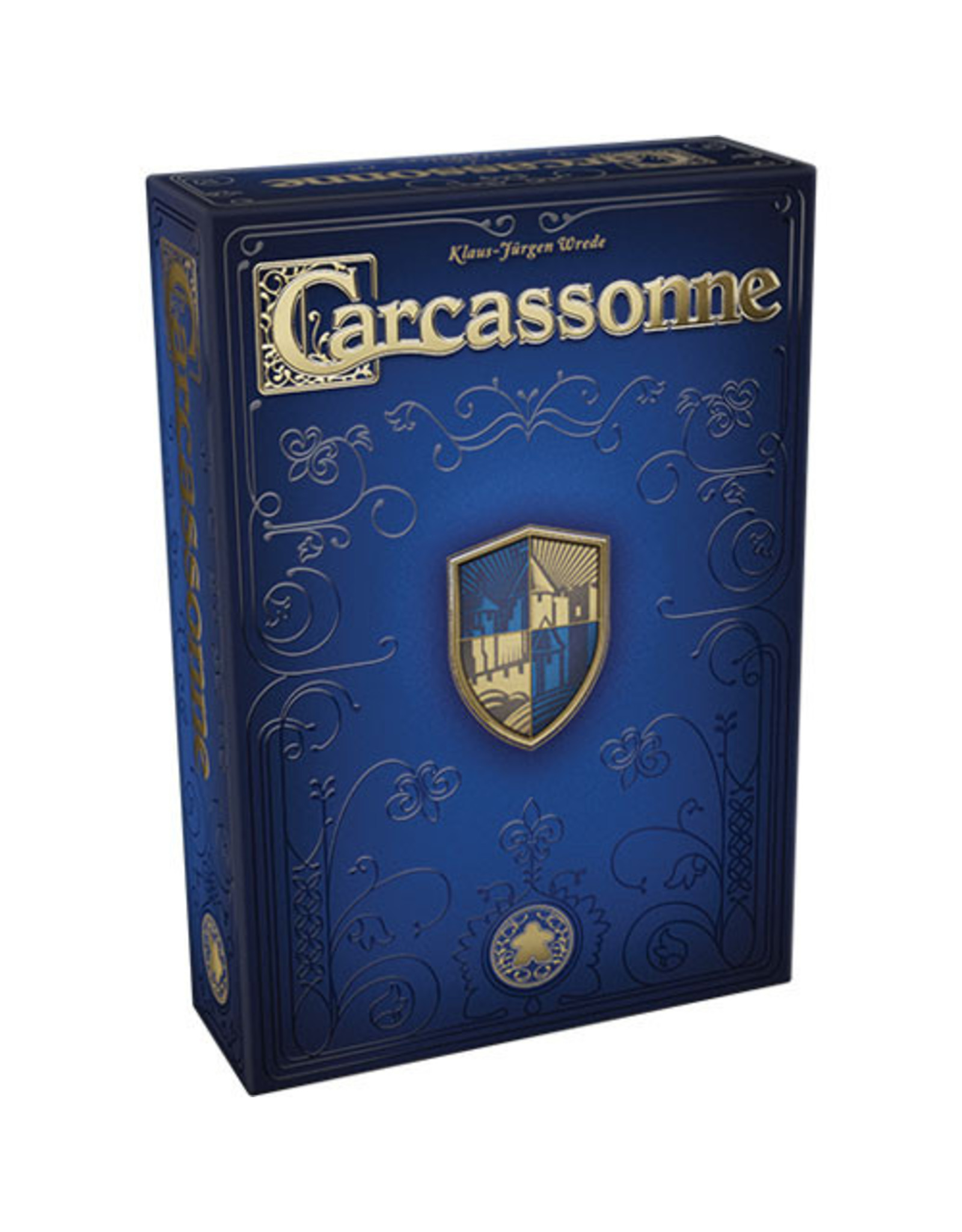 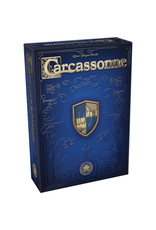 Carcassonne is a tile-placement game in which the players draw and place a tile with a piece of southern French landscape on it. The tile might feature a city, a road, a cloister, grassland or some combination thereof, and it must be placed adjacent to tiles that have already been played, in such a way that cities are connected to cities, roads to roads, etcetera. Having placed a tile, the player can then decide to place one of their meeples on one of the areas on it: on the city as a knight, on the road as a robber, on a cloister as a monk, or on the grass as a farmer. When that area is complete, that meeple scores points for its owner.

Carcassonne: 20th Anniversary Edition is a special edition to celebrate the 20th anniversary of its Spiel des Jahres win in 2001. This edition includes the tiles from the Carcassonne base game, The River mini-expansion (with five new river tiles), The Abbot mini-expansion, and a new 15-tile "anniversary" mini-expansion. All tiles are adorned with UV-print, with many detailed easter eggs being hidden in the art. Costume stickers are included in case you wish to "dress" your meeples.

All contents are compatible with existing and future Carcassonne releases.