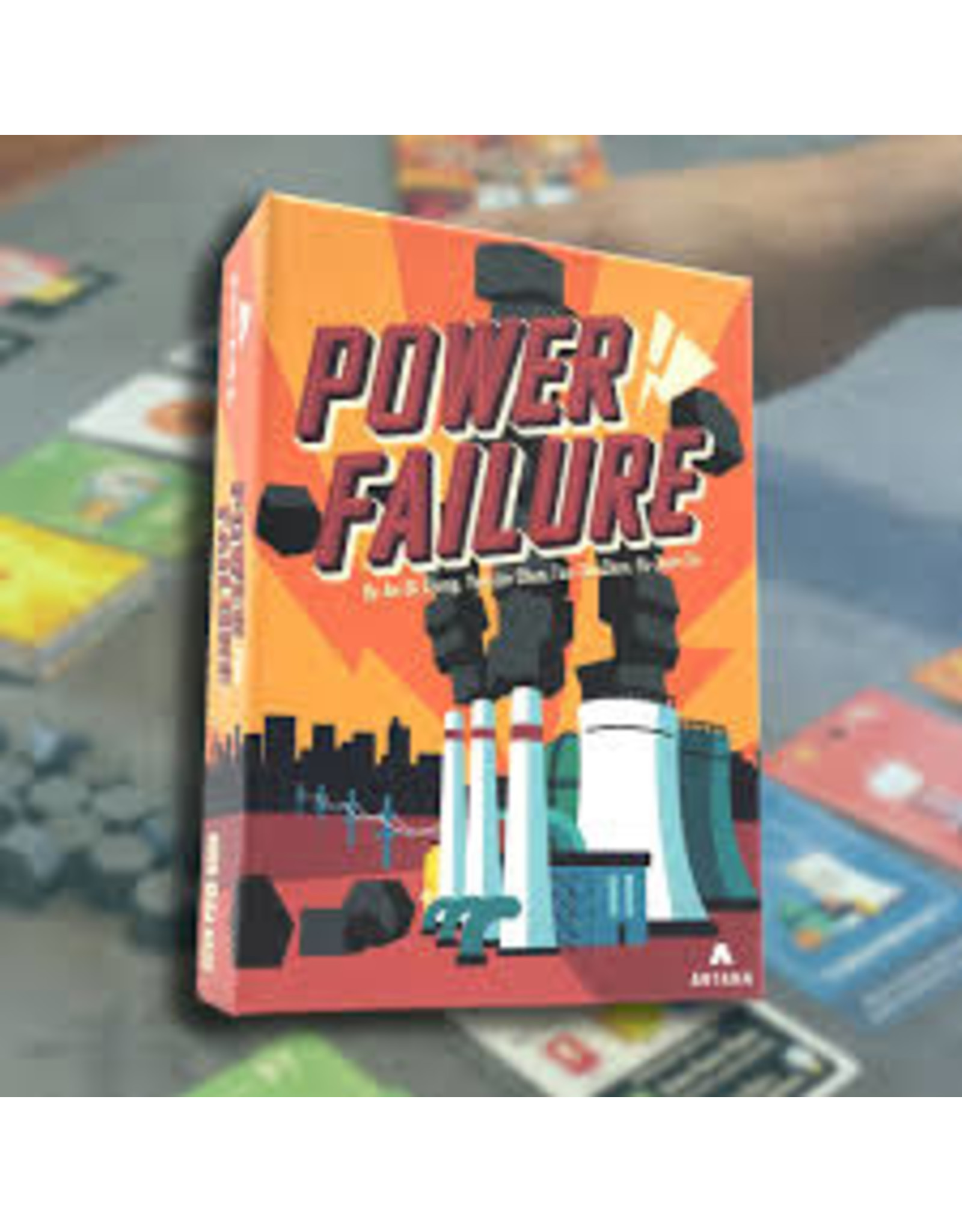 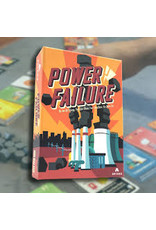 Crank up the voltage in Power Failure, an electrifying card game in which you race to build the most productive grid. Up to four players compete to meet rising demand by acquiring resources, building power plants, and activating them to generate energy. Power production is inherently volatile, though, as rash individuals risk environmental catastrophes that set everyone back. The player who provides the bustling city with the most megawatts wins!

Power Failure is a tableau-building, dexterity game of energy production. Players take 3 actions on their turns to build and use different kinds of power plants. Depending on their actions and the type of plants they operate, they'll be forced to stack blocks on the Carbon Tower, risking consequences for everyone when the tower falls. Players must manage risk while racing to complete energy contracts.