I Have the High Ground

Home / I Have the High Ground 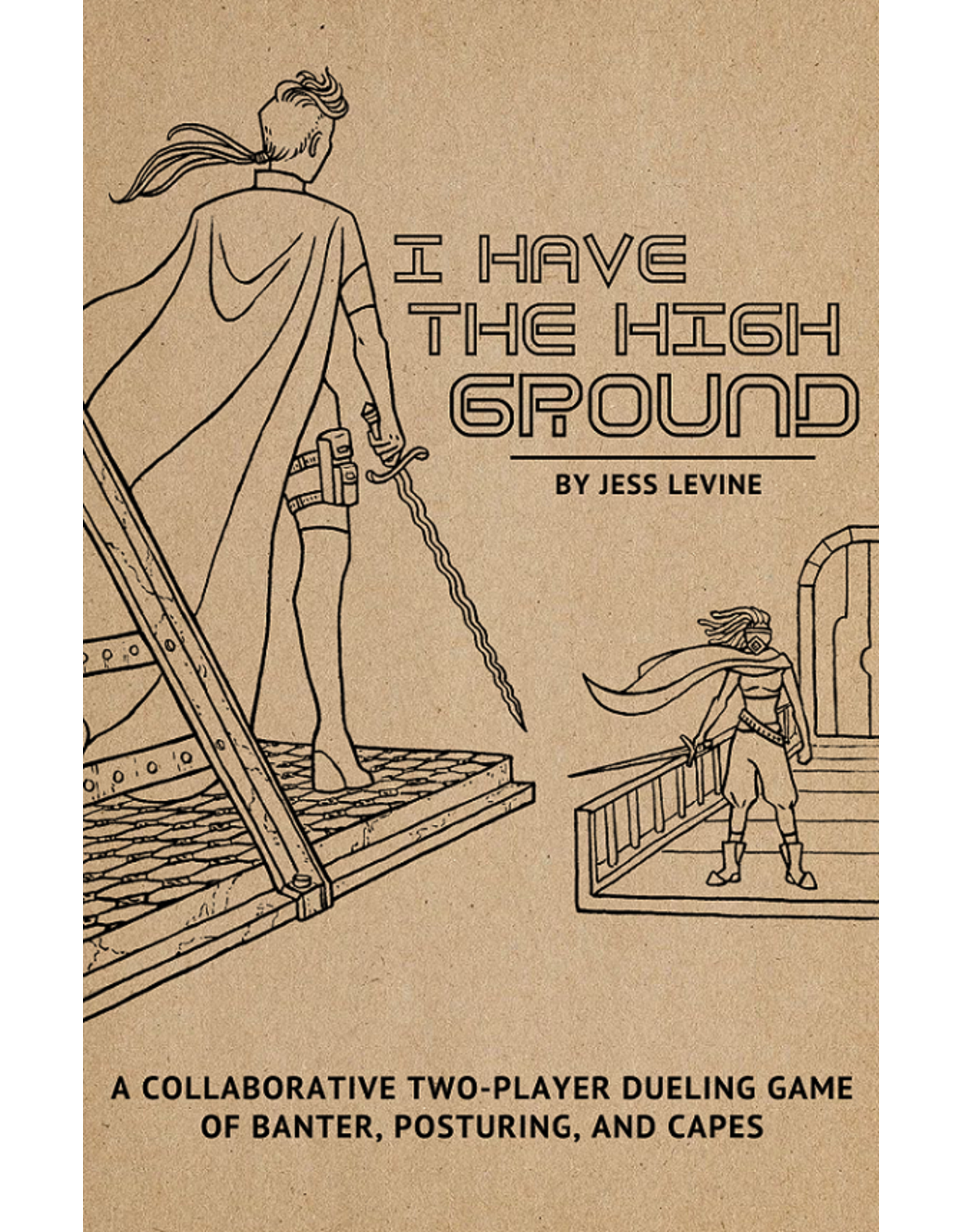 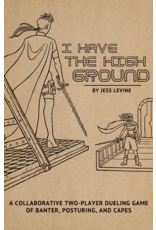 I Have the High Ground is mechanically light, with a rulebook totaling to only 24 pages. It's GM-less and intended for one-shot play. It can be played in any genre, and even adapted to use characters from an existing campaign—it's a great way to zoom in on a tense, pre-battle scene from a game in another system.

The mechanics in I Have the High Ground are inspired by competitive fencing, and each round, players choose in secret to thrust, feint, or parry. The moves are arranged in a rock-paper-scissors triangle, where thrust beats feint, feint beats parry, and parry beats thrust, scoring one point for the victor. These moves do not, however, translate to the bloody jabs of a sword. Instead, they help structure the narration that follows: thrusts resolve to vicious insults or imperious gestures, feints into provocative bait that incites opponents into emotional vulnerability, while parries resolve as cunning repartees. When one player reaches 9 points, their opponent is defeated, and the loser is forced—in a shameful outburst of emotion—to use their weapon and strike the blow that begins the ensuing battle!