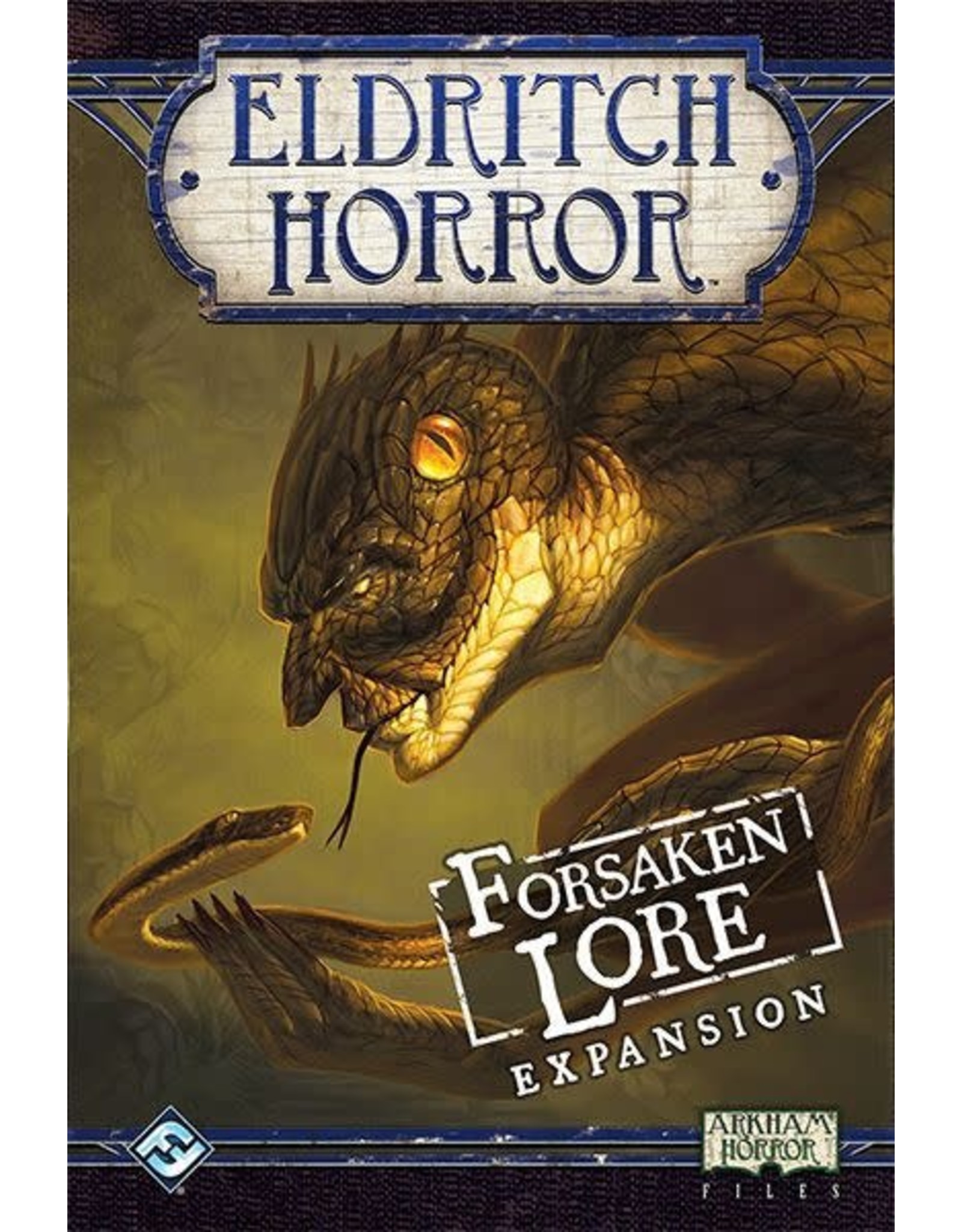 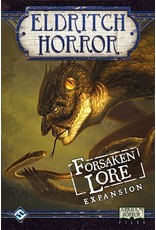 Forsaken Lore, an expansion for Eldritch Horror, thrusts investigators headlong into perilous and strange new encounters, while Ancient Ones defeated in the past attempt to reclaim the world. In order to stop them, investigators will need to uncover new mysteries, and dig even deeper into the lore surrounding each of the game's Ancient Ones with the help of new Research cards.

Meanwhile, Yig's cultists and Serpent People work to prepare the way for the Father of Serpents to dominate our planet. With the help of powerful new Spells and Assets, along with mighty new Artifacts, Investigators must once again race across the globe in order to prevent humanity's destruction in Forsaken Lore.