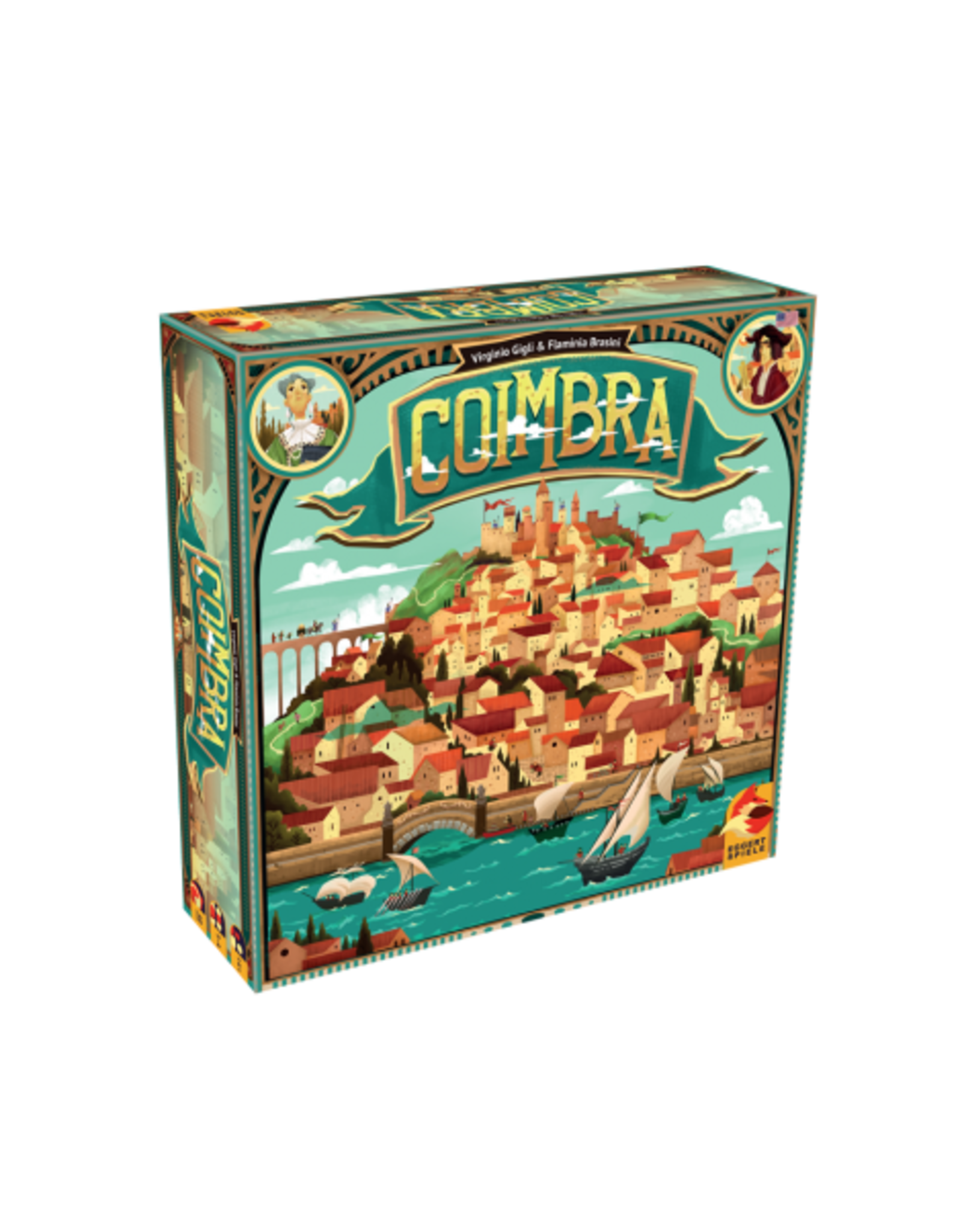 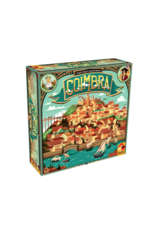 In the 15th and 16th century, Portugal is thriving under its leading role during the Age of Discovery. Nestled in the heart of Portugal, the city of Coimbra serves as a cultural center of the country. As the head of one of Coimbra's oldest houses, you seek to earn prestige by deepening relationships with nearby monasteries or funding expeditions of the era. To reach this goal, you must vie for the favors of the city's most influential citizens, even if you must offer a bit of coin or some protective detail.

Coimbra introduces an innovative new dice mechanism in which the dice players draft each round are used in multiple different ways and have an impact on many aspects of their decision making. While there are many paths to victory, players should always seek to optimize their opportunities with every roll of the dice. Combined with ever-changing synergies of the citizens, expeditions, and monasteries, no two games of Coimbra will ever be the same!