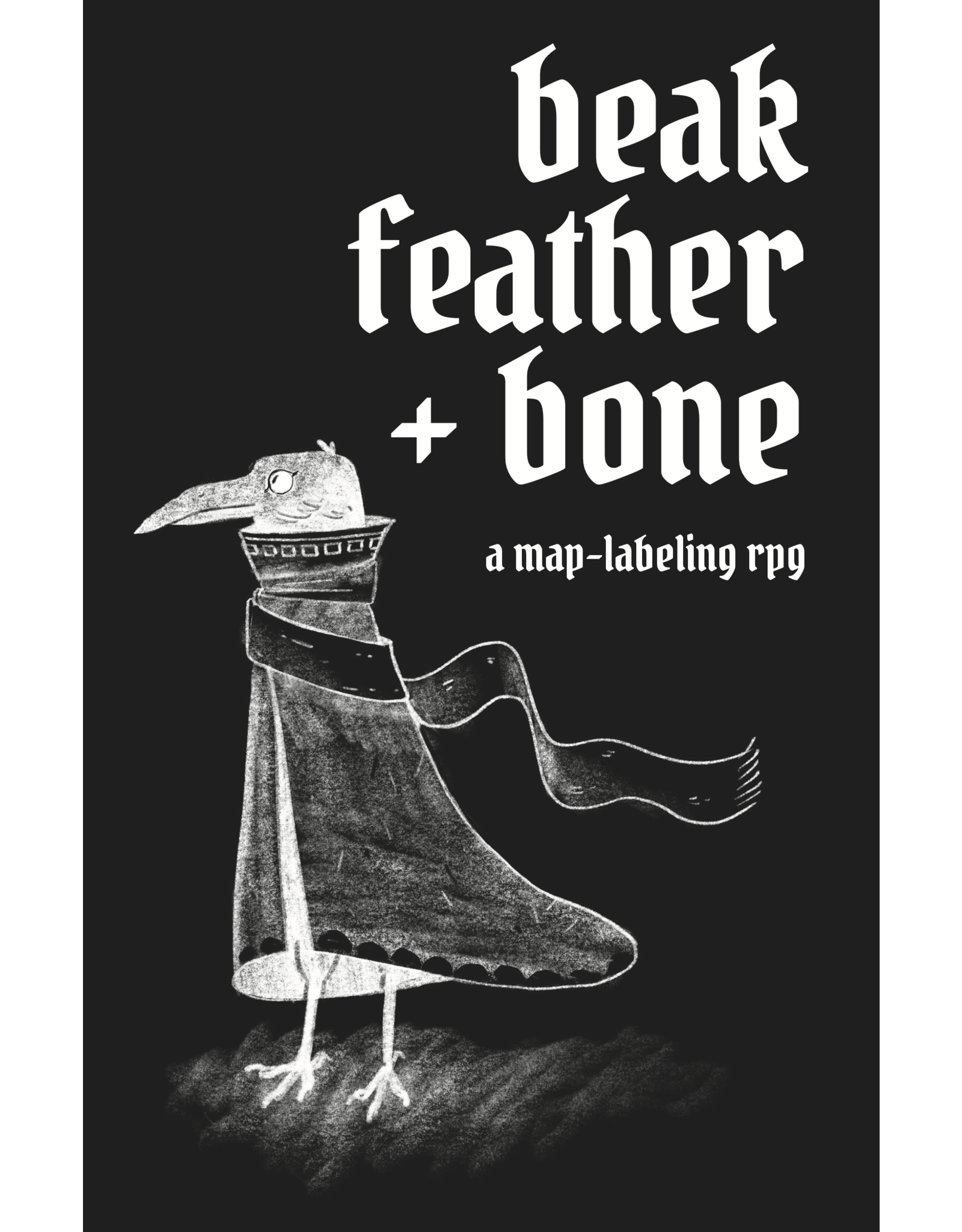 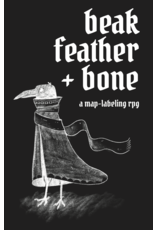 Beak, Feather, & Bone is a collaborative worldbuilding tool as well as a competitive map-labeling RPG. Starting with an unlabeled city map, players are assigned community roles before taking turns claiming and describing locations. Players draw from a standard 52-card deck to determine a building's purpose and then describe its beak (reputation), feather (appearance), and bone (interior). As buildings are claimed, a narrative for the town and its inhabitants emerges, including major NPCs and shifting power-dynamics.